For me it started with spending lots of time on my feet. Once I got over the fear of the unknown, I became entranced by it. Getting around the next corner or over the next hill became more important than feelings of hunger, fear, or exhaustion. Fulfilling one goal after another, an almost endlessly satisfying march over the next horizon. Seeing new and old places, all filled with surprises. 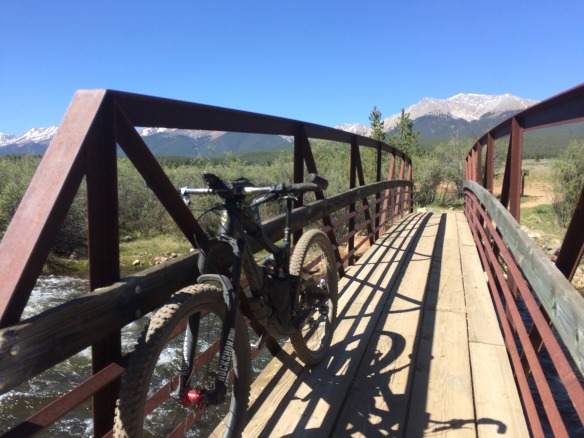 Big days became something I craved, I needed these ass kickers every so often to remind me how small, we and all of our problems can be. When I started riding bikes again, it immediately spilled over and took on a life of its own. For on the bike I felt a bit more rewarded for the hard work of navigating through these rocky mountains. I still clawed up the trail, but now able to cruise easily for miles at a time, grinning wildly. I simply can not get enough of this combination of focus, adventure, mountains, and the end result of complete depletion.

Living here in Gunnison, there is an amazing amount of crazy rides one can string together. Its ridiculous and addictive! I’ve been dreaming up trail connections here for 24 years, and still, the unfolding of a map makes me giggle. So much to ride, just have to make the time! 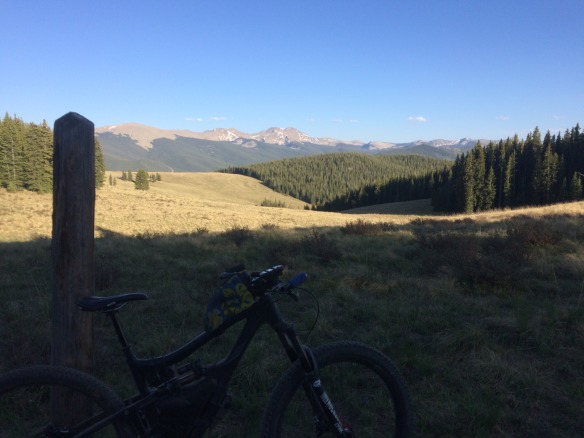 Yesterday I got the chance to ride with friends in Taylor Park and then rode home via trails, gravel, and pavement. The day was spectacular, barely a cloud to be seen, hot in the sun, cool in the shade. Being the month of June, the day was long, the sunset endless. Being a dry and low snow year we are able to ride way up high, on some amazing trails. Pretty special to be out in these mountains on such a day, grateful to able to spend so much time on my bike.

Already dreaming of next weekend….